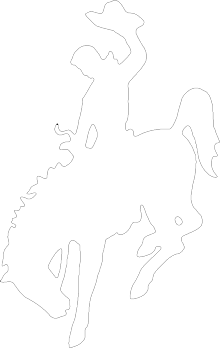 With the continued spread of highly pathogenic avian influenza (HPAI) across the United States, biosecurity for poultry owners is a top priority. HPAI has been confirmed in domestic poultry in 29 states, affecting approximately 31 million birds. To decrease potential spread of the disease, the Wyoming Livestock Board (WLSB) has passed an emergency rule limiting poultry movement.

The emergency poultry rule was signed into effect by Governor Mark Gordon on Tuesday, 4/19. All poultry events, including exhibitions, swaps, tours, sales, and competitions, are prohibited. The prohibition does not include catalog or retail sale of poultry.

Wyoming’s emergency poultry rule may be in effect for up to 120 days. The WLSB will review the rule in late May to determine if it is still needed. Following review, further guidance regarding the emergency rule will be provided.

WLSB, in collaboration with other Wyoming state agencies, will be hosting a webinar on Wednesday, April 27, 6:00 pm - 8:00 pm, “HPAI for Backyard Flock Owners.” Register in advance for this webinar: https://us02web.zoom.us/webinar/register/WN_OwjPECG7QGCLN6lhsSYzng

Information on the webinar may also be found on the WLSB website, https://wlsb.state.wy.us/public, and at “State of Wyoming Livestock Board” on Facebook.

Anyone involved with poultry production from the small backyard chicken owner to the large commercial producer should review their biosecurity activities to assure the health of their birds. Find guidance on biosecurity, along with recently confirmed locations, on the USDA APHIS website, https://www.aphis.usda.gov/aphis/ourfocus/animalhealth/animal-disease-information/avian/avian-influenza/2022-hpai

According to the U.S. Centers for Disease Control and Prevention, the recent HPAI detections do not present an immediate public health concern. No human cases of these avian influenza viruses have been detected in the United States. Birds and eggs from the infected flock will not enter the food system. As a reminder, the proper handling and cooking of all poultry and eggs to an internal temperature of 165 ˚F is recommended as a general food safety precaution.

Highly pathogenic avian influenza (HPAI) is a highly contagious viral disease that can infect chickens, turkeys and other birds and can cause severe illness and/or sudden death in infected birds. Attentively monitor your birds for symptoms of HPAI which include: coughing, sneezing, nasal discharge, and other signs of respiratory distress; lack of energy and appetite; decreased water consumption; decreased egg production and/or soft-shelled, misshapen eggs; incoordination; and diarrhea. Avian influenza can also cause sudden death in birds even if they aren’t showing other symptoms. If these symptoms are observed in your birds, immediately contact your veterinarian. If you don’t have a regular veterinarian, contact WLSB, 307.777.8270 or 307.777.6440.